The Prologue: the decision and the training

Before I start I'd like to say a really big thank you to Pinarello Experience and The Bike Rooms in Puerto de Pollenca for the hire F10 that I was about to spend almost half a day in the saddle on and their on going support, it means a lot. 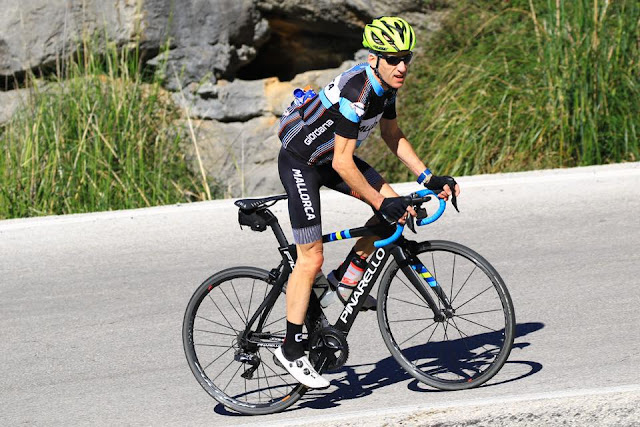 There was no plan to do a lap of the island before leaving for Majorca. The actual plan was a two week family holiday with a bit of cycling squeezed in either the early in the mornings or late afternoons – handful longer rides in the mountains if I was lucky. However, after completing an eight hour (200km) ride entirely in the mountains on the Thursday, a really daft thought came into my head: why not do the classic 312 lap of the island? Yep, really daft. Really, really daft. But after a couple of glasses of Rioja, I voiced my question to Nicola; and maybe because she’s dafter even than I am, or maybe because she wanted a girly shopping trip in Palma with Mollie (and my credit card), her answer was, well why not? So that was that: The Lap was planned!

312km is a distance I’d never even done when I was racing full-time, making it seem like a full on challenge; but given that my training over the last eighteen months has been hour long sessions completed 95 to 99% on GoZwift, I began to  wonder if I was maybe biting off more than I could chew. Yes, there was the Etape du Tour in 2017, where on similar training, I managed 142nd from 11,000 finishers, but that was in a shorter, organised event, complete with feed stations, support vehicles and tons and tons of other riders for moral support. There’d be no feed station or support vehicle on my 312. And I’d be doing it completely solo.

I planned on an early start, something I’ve got used to with my GoZwift training. Most days, I’m up at 5.30 so I can get on the trainer before 6am. I stick to hour long pre-breakfast sessions so I’m done before 7am. That way, I’m always around for Nicola and Mollie before they go out to work and school. The early morning sessions are also good for my mental health, which I’ll maybe go into in another blog – basically, though, they just make me feel better. I work from home now, so if I can, I’ll sometimes fit another hour in on the trainer later in the day – it’s very ad-hoc and could be between bike-fits or waiting for Mollie to arrive home from school. I tend to think of it as being a bit like a commute to work and back: my commute is in the virtual world of Zwift. It’s the constancy of it, I suppose, allows me to do daft things like the 312.

The night before The Lap, I got everything ready. The weather wasn’t looking great so I got out the gloves, cape, cap, knee and toe warmers. Food for the day consisted of three cheese and ham rolls (chopped in half and foil-wrapped mouth-sized portions), a couple of bananas and two 750ml bottles of water. Even if I’d wanted to, I couldn’t have fit more into my pockets without losing the cape and, with mountains as part of the ride, that would be a pretty stupid move. Pre-ride fuelling was therefore important.

The evening meal was our usual one at the Pollensa Park buffet: large salad followed by fish, paella, the obligatory couple of glasses of Rioja and, because I was on holiday, and because it would be my last main meal before the big lap, we had a stroll down to Grand Café 1919 for three big scoops of ice-cream. Not too much that it wouldn’t settle before morning. 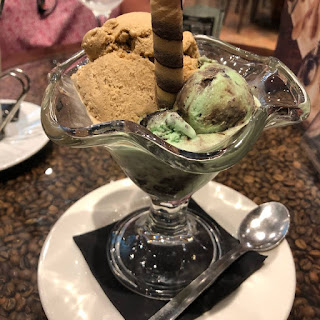 I’d checked the sunrise: 7.25am, but I awoke at 6.30am to my usual large coffee and breakfast of cold porridge, which I ate sat on the balcony in the dark so as not to wake the girls. The sky made it obvious that it was going to be a cloudy day but I checked the internet just the same, and confirmed that it would be cold for the first leg in the mountains. The wind looked to be light for the first few hours, and I’d mainly be sheltered by the hills anyway. But then it was due to pick up as a south westerly around midday when I’d hopefully be at my furthest point and heading back along the coast through Palma, which would mean I’d have it mainly at my back for the last 150km. Checking done and with the last bit of fuel taken, I set out at 7.10 and picked up my bike from the store and headed down to Tolo’s to ensure my ride would be circular – there’s no way I was finishing it without celebrating it with a beer and that beer needed to be at Tolo’s! 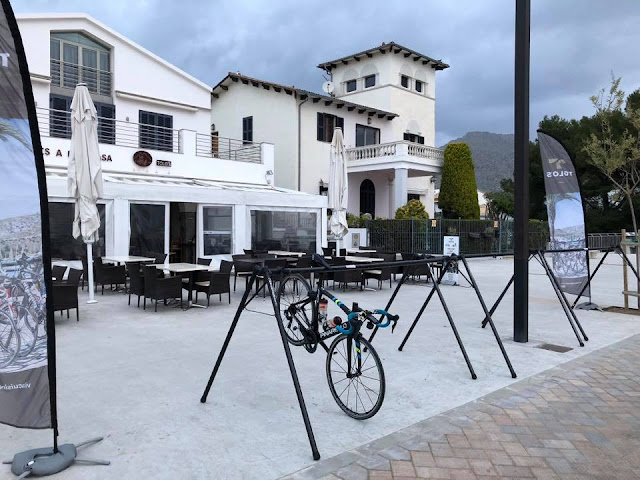 Popular posts from this blog

Bike fitted and made custom footbeds for World and National Champions.

After 40 years still in love with the bike and still learning.

TRAINING - FTP TEST, STANDING OR SEATED OR BOTH?

I’ve just watched someone do an indoor FTP test on YouTube, as he tired and the power dropped he’d get out of the saddle for a while using body weight to lift the power back up, then he’d sit down again the power would drop as he’d then have to just use leg and glutes to produce power, then he’d back up again etc etc to me this over inflates the FTP result, which may not be a problem if you plan on doing specific workouts in and out of the saddle, but if you are going to do specific workouts for let’s say TT’s you will need to stay seated for the test because that is the position you will race and train in. I think it is also important if you plan on retesting you’re FTP over the next few months, to keep things the same for each test stay seated and use a gear that allows you to do that. In theory you could do the whole FTP test out of the saddle, this will over inflate your actual seated FTP as you use body weight to go through the ped…
Read more

- May 08, 2019
Having my bike set up properly is a revelation, free power and a much comfier ride from the same bike. If you're thinking of going retul don't bother, Adrian is obviously massively knowledgeable and very humble. I've also found the footbeds that come as part of the bike fit have got rid of all the hot spots that were building up in my shoes after a few hours of riding.
Highly recommended and worth the wait.